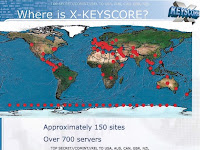 I am not easily outraged. I am a laid back person. If you met me, you would probably think that I was perhaps too laid back. Even though I work a minimum of 50 hours/week, I have been told that it seems like I do not work much. I do not really get upset with people, though I will slow down when people tailgate and will occasionally give the finger to people who are going out of their way to be terrible drivers, but even when someone does something like cut me off (like an idiot) I normally will just wave them off and not think about it. "If it isn't cancer, it doesn't really matter much," my mom said when she got past her bout with the disease. I tend to put dangerous drivers on the level with cancer only because it statistically is the number one human-caused methods of killing others. But apart from that... I am pretty laid back. I occasionally complain to my politicians about taxes and hate the idea that we still restrict life-style benefits for government employees, but rarely do I care about the socialistic nature of our taxes and the fact that they are more of a job production tool than a way of benefitting the majority of people. I am fine with that. But there are things that I think we as a nation need to start taking more seriously. My concerns are based in the militarization of our government and the power that a select few are starting to hold over the larger populace. These concerns are rooted in a number of stories that come out every day, every week, and have been only increasingly common since the Patriot Act passed. The Patriot Act is one of the most ironically named Acts in recent history. Here are two stories I find greatly disturbing. If you start looking you will see that things like this are popping up daily, internationally and locally.
Here is an article on the overreach of local governments around the country, and one of their methods of stealing, yes stealing, from innocent people whose only mistake is passing through their jurisdiction.
And here is an article that addresses the blatant control that the U.S. government is trying to hold over U.S. citizens.
Ok, and here is a third, to just show that it in fact can, and does effect people who have nothing to do with it: HERE.
Labels: backpack civil forfeiture NSA pressure cooker Xkeyscore

It's a long road.